About the NFV Mentoring Program

Beginning in August 2013, North Fayette and Valley schools entered into a whole grade sharing agreement. Shortly thereafter, members of each respective steering team began meeting to discuss an eventual merger of the programs. After many months of joint meetings, similar policies, procedures, forms, and training were redeveloped for the program.

Through this transition, we partnered with Helping Services for Northeast Iowa who provided technical assistance and guidance.

History of Valley Mentoring: The first Mentoring program of the Valley Community Coalition was call “Across Ages.” This program is no longer in existence, and had much stricter regulations on the ages of mentors and mentees who could participate in the program.

In 2005 “Valley Mentoring” began which broadened the ages of mentors and mentees who could participate.  At this time, an Advisory Group was established and funding was secured through the Iowa Department of Public Health through a partnership with Helping Services for Northeast Iowa. The program has seen many changes since and continues to evolve but the initial goals of the program remain:

History of North Fayette Mentoring: Mentoring made its return to North Fayette in 2007, when North Fayette was included in a grant from the Iowa Department of Public Health through a partnership with Helping Services for Northeast Iowa. The initial Steering Committee was formed and a coordinator was hired soon after and matches began to be made. From the initial meeting, some basic program tenets were created: 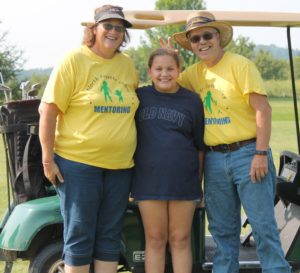 To promote and support the health and well-being of youth in the North Fayette Valley community.